Musky Options in Twitter Prior To SEC Filing Stake

Options in Twitter started trading as Elon Musk tweeted a poll asking his followers if Twitter is supporting free-speech or not on March 25th. Later that day, a large amount of calls traded in Twitter betting on a rally in the stock.

Below, is our new Analysis tab in the ORATS Dashboard. The circled cyan horizontal bar shows the open interest in the May $44 strike options that mostly traded on March 25th. Implied volatility graphed below that started to rise that day (purple arrow up) into the big announcement today that Musk is making a 'passive' 9% investment in Twitter shares. 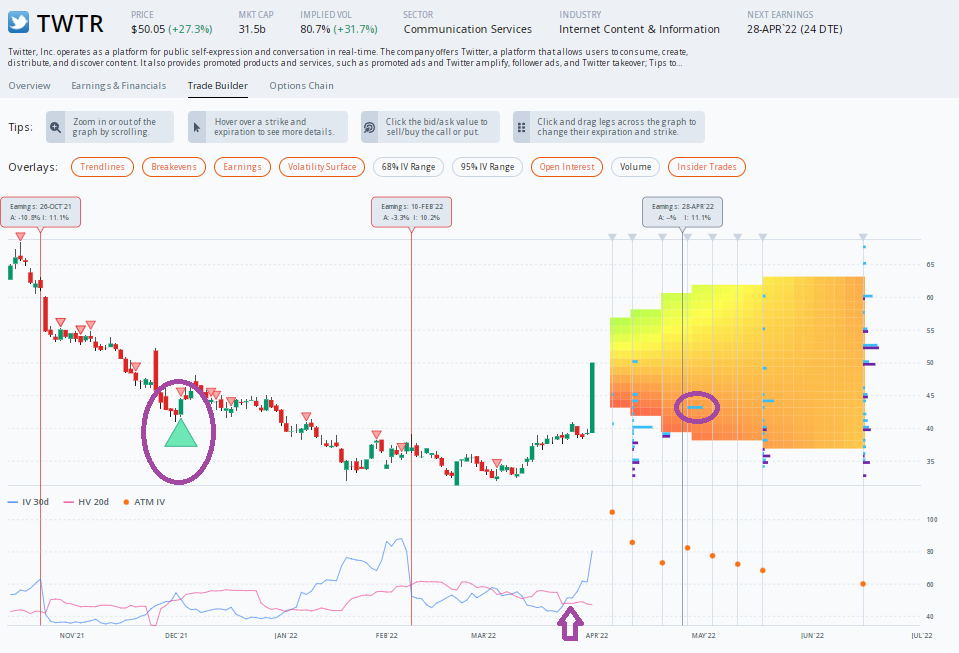 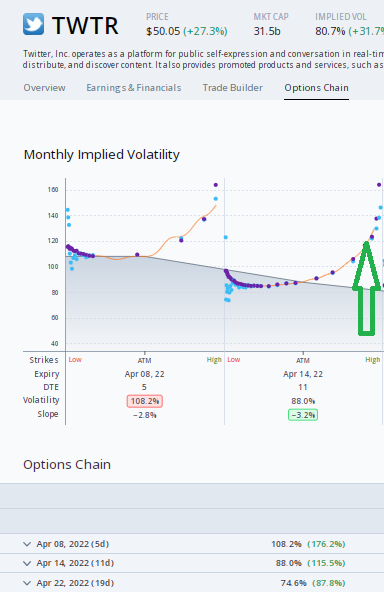 Implied volatility in the April 14th monthly expiration is at 88% up 115% today. The put call slope has steepened severely to -3.2% indicating that every 10 deltas the IV will be 3.2% higher. 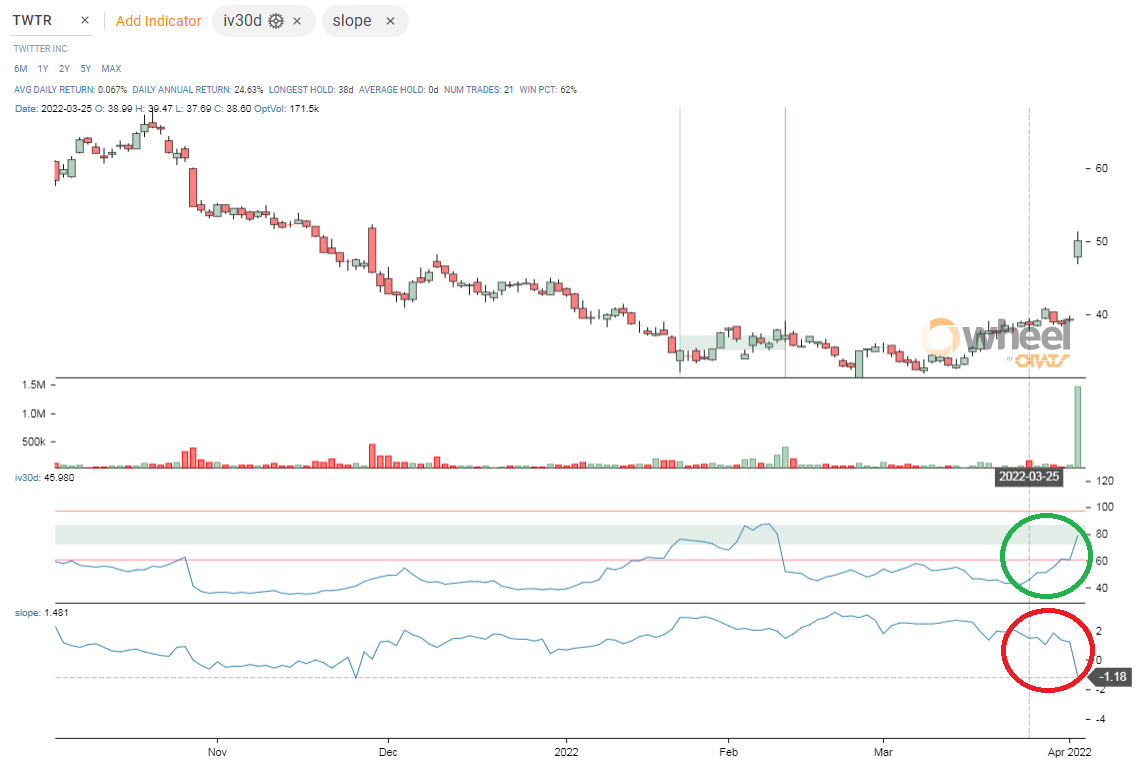 It is usual for Twitter and most stocks to be positively sloped where the puts have a higher IV than the calls. This was the case for Twitter on 3/24/22 before Musk started tweeting. Twitter's slope was positive 1.5% and now will all the calls being bought the slope is negative 1.2%.