Extreme Fear. Is This The Bottom? Charting The Virus With Options Data

Update for March 18th, 2020. Previously, the SPY volatility had not surpassed 2008 levels, now it has with the IV as high as 85% before backing off. The other indicator that had not reached 2008 levels was the bid-ask width in IV points that did reach 2008 levels intraday before backing off. This is a sign of panic and capitulation and a sign of market bottoms. I think there could be a rally here but it feels like the worst is yet to come. 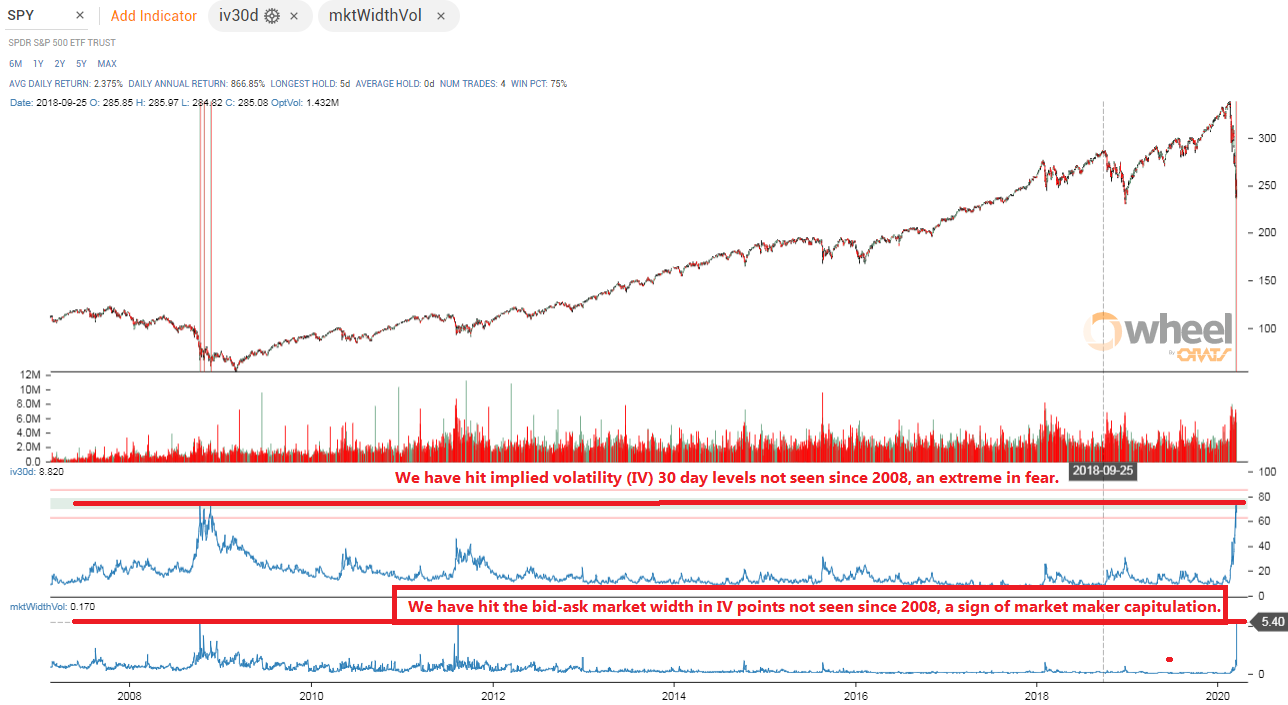 Original post on March 15th, 2020. Capitulation and fear in a market can indicate a market bottom. Options volatility information, like implied volatility (IV), options markets bid-ask widths, and put-call slope, are gauges for fear and capitulation. The best example of options information identifying these market emotions was the 2008 global financial crisis levels. When IV, market width, and slope rose to new highs, those peaks coincided with valleys in the stock market.

For each "_C" symbol we present weighted average calculations for all of our Core data. For example, IV30 for QQQ_C is the weighted average of the Nasdaq 100, 30 day IVs for each component. These averages can be seen charted historically in the Indicator graphing tool which you can use for free at wheel.orats.com

Let's look at the major market wide ETFs and their components. The average of all symbols ALL_C had IV near 2008 levels, market width and slope were above. The takeaways from the options volatility information is that market fear and capitulation are at levels not seen since the 2008 GFC. What isn't known is whether the virus is worse for the market than the financial woes were 12 years ago.